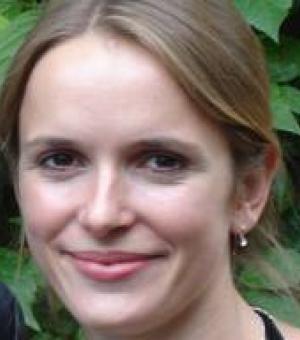 I work on the cultural and social history of the later Middle Ages.

I blog about what I do at ideasnowandthen.blogspot.co.uk and https://historyformychildren.com/

My interests lie principally in the social and cultural history of the later Middle Ages: hitherto, I have focused mainly on France, but I am now working comparatively with material from late medieval England, Italy and Germany. I am particularly interested in constructions of deviance; nostalgia; and legalism in this period, and enjoy collaborations with anthropologists and literary scholars.

My first book focused on popular violence in later medieval northern France. I worked on the interconnections between different forms of violence, from tavern brawls to domestic violence to urban uprisings, and looked at legal and cultural constructions of 'deviance', and the role of emotions in provoking outbursts of brutality.

My current research focuses on nostalgia in the later Middle Ages. The fourteenth century is often labelled as a century of catastrophe.  A fairer assessment describes profound socio-economic, cultural and political changes which had the potential to transform ways of thinking.  Many contemporaries responded in profoundly nostalgic terms, harking back to ‘the good old days’, whether the time of their grandparents, or a more nebulous lost golden age.  My work examines nostalgia across the social spectrum.  Recent anthropologists and philosophers highlight the counter-intuitively hopeful aspect of such an attitude.  In many ways, a cross-cultural concept, it was articulated in powerful, lyrical and often subversive ways in the fourteenth century.

I also work on the misbehaviour of fifteenth-century students at the universities of Oxford, Paris and Heidelberg. Drawing on criminological models, my research examines the relationship between the negative stereotypes imposed upon students by a variety of commentators and observers, and the ways in which the students negotiated those stereotypes in their actual misbehaviour. The source material ranges from student poems and letters, to sermons and legal material.

Violence and conflict are obviously of great contemporary relevance, as well as essential to an understanding of the complexities of medieval society. Disentangling the relationships between what people did, what they said they did, and what other people said about these actions is extremely challenging, but can substantially deepen and nuance our understanding.

Further interests include Joan of Arc's emotional world; the history of sufficiency; and the legalism of property and ownership, particularly in the context of medieval slavery.  Late medieval slavery is the more unsettling and often un-acknowledged underside of the Renaissance: I am interested in recovering the stories and experiences of slaves.  Their humanity continues to resonate across the centuries through the surviving legal material.

In this volume, ownership is defined as the simple fact of being able to describe something as 'mine' or 'yours', and property is distinguished as the discursive field which allows the articulation of attendant rights, relationships, and obligations. Property is often articulated through legalism as a way of thinking that appeals to rules and to generalizing concepts as a way of understanding, responding to, and managing the world around one. An Aristotelian perspective suggests that ownership is the natural state of things and a prerequisite of a true sense of self.

Medieval Violence provides a detailed analysis of the practice of medieval brutality, focusing on a thriving region of northern France in the late thirteenth and early fourteenth centuries. It examines how violence was conceptualised in this period, and uses this framework to investigate street violence, tavern brawls, urban rebellions, student misbehaviour, and domestic violence. The interactions between these various forms of violence are examined in order to demonstrate the complex and communicative nature of medieval brutality.

How bloody was medieval life?

How bloody was medieval life?

I am keen to supervise graduate students researching the social and cultural history of later medieval Europe, particularly England, France and Germany, with the history of education and of conflict, history of nostalgia, and history of slavery forming areas of special interest.